The History Of Precision Images, from founder Phil Guzie

The History Of Precision Images, from founder Phil Guzie

April 4, 2019
Edge One
About Precision No Comments

Since everyone enjoyed our employee profiles during Women’s History Month, we are going to keep going, but first, it’s time for the man of the hour, the king of the hill, our co-founder, and fearless leader Phil Guzie to take the stage and share with us how Precision Images came to be, and how he’s grown and maintained such a successful business.

The history of Precision Images is a classic startup tale of struggle, of visionary drive, and of the power of family, actual and developed, that creates the glue that keeps Precision Images humming along nearly three decades later. It’s a story full of excitement, hard work and long hours, and the rewards for work well done.

Now, Phil Guzie in his own words…

How did you get into printing in the first place, and why?

In the summer of my freshman year of college I returned home and was hired by a local blueprint company as a temporary printer. The position was only for the summer generating blueprints for the Veteran’s Hospital construction near OHSU.

Upon completion of this temporary print job that firm offered me a variety of other positions that allowed me to continue school and stay employed. At the time I was working a split major of Sports Medicine and Business. I eventually dropped the Sports Medicine and focused on business knowing I always wanted to be in business for myself. I didn’t really have a field direction and was learning so much about the printing industry I decided to focus my business desires towards this field.

Over time I was able to work in every department for that same company including outside sales, production management and eventually rising to the position of General Manager for their Oregon operations.

In late 1991, a very good client of mine introduced me to the owner of a competitive printer that he had heard was looking to sell his business. Over the fall we negotiated the sale and on January 17, 1992 Precision Images was born.

What is your background?

What made you and Don partner up and set out on your own?

At the beginning of my career in this industry Don was a salesman for the same firm. He and I both moved up the corporate ladder until he reached the position NW President based out of Seattle and I was running Oregon based out of Portland. Working together for a few years as such, we both became disenchanted with a corporate head quarters that siphoned the profits from the Northwest and used them to prop up non-performing out of state operations while failing to reward the hard work put forth by our Northwest staff. After a few years attempting to change this behavior, we came to the conclusion we needed to set out on our own. We decided rather than start from scratch we needed a running start. We needed to purchase a small firm in the industry that we could grow. It was decided that if the opportunity arose in the Seattle area my family would relocate north. The like was decided about Don’s family if a Portland opportunity arose. As luck we have it, for me, the first opportunity that surfaced was Western Images Systems in Portland. The firm that we successfully purchased in the winter of 1991/1992.

Our first days of Precision Images was a whirlwind. Don, I and our first 4 employees did everything needed to run a small blueprint company. We had many long days and weekends as we struggled to keep up. We quickly learned that the Portland marketplace loves a startup. The support we received from the local A/E/C community was tremendous.

How has PI changed? How has printing changed since ‘92?

Over our 27 years of operations much has changed for not only Precision Images but for the reprographic industry as a whole. Prior to the 2007-2009 Great Recession we had grown to 4 locations and nearly 80 employees. We were still nearly 100% focused on construction and architectural printing. The recession hit everyone in the development world hard as projects where moth balled, and funding was non-existent. We were forced, as were many firms, to contract to what would become the new norm. As we exited the recession and development and construction began to take root once again our industry was faced with a new challenge, technology. With collaboration software’s, BIM, 3D design and the introduction of high-powered tablet computing, the need for paper documents was greatly reduced. Most in our industry experienced decreases in construction printing of over 50%.

Diversification became the charge for any firm in our industry that wished to stay relevant in the future. Our investments became focused on signage, way finding and interior décor generating equipment. Today, although services focused on the A/E/C community still represent 60% of our revenue, 40% of our services and products are consumed by a diverse client base outside the development community. This percentage grows on a monthly basis as we become known in the community for more than just a blueprinting company.

PI has a number of employees that you worked with before PI, how did you convince them to come along with you?

Athletics and team sports have been a part of my life since I can remember. That experience taught me that teamwork is essential for mutual success. To have successful teamwork a mutual respect for all must exist fostered by thoughtful coaching. I’d like to believe that my management style exemplifies this.

When I decided to venture out on my own, I discussed my plans with many of my key players that currently worked with me. Although some preferred to remain with the security that a large entity provides, I was lucky enough to have most of my key players show enough confidence in Don & myself to take the leap of faith towards our new venture.

As we currently have 2 individuals still here from day 1, many of our staff having over 10 years’ experience and more than a handful of 20+ years veterans, I believe we successfully fostered a healthy and rewarding work environment.

Tell us about the team you’ve built, and why people choose to stay so long? (It’s kind of unheard of nowadays).

As mentioned previously, I believe in a team environment and little managerial hierarchy. I believe this gives the individual a strong sense of self-worth and therefore creates highly skilled, highly motivated and committed workforce. Respect of the individual and freedom from obsessive managerial oversight, I believe, creates an environment that people enjoy and find rewarding. Training, hiring and firing are all expensive endeavors. So much of that can be eliminated by creating a positive and rewarding work environment.

Many companies frown on family members working together, why does this work so well at PI?

Nepotism runs deep in Precision Images. Much as what was required in the farming communities of the 19th and early 20th centuries, it took families to provide the necessary labor to keep the family business running. In the early days of Precision Images, we certainly had the alligator mouth and canary rear end issue. We simple marketed over our capacity to produce. Dragging family members in was the fastest way to acquire “cheap” and immediate labor. Our spouses and children all put in time running blueprints, binding sets, spotting negatives and making deliveries.

Upon reaching adulthood and finishing schooling, both Don’s daughter, Erica, and son, Josh, as well as my daughter, Suzi, chose to return to the family business as part of their career path. All three are still here today and we’ve added Erica’s husband Tom to the team. Watch out grand children!

Your daughter is the GM, what’s it been like to watch her grow in the company and role?

As a child Suzi was drug by her pig tails into the office in times of large workloads. It’s amazing what you can get a kid to do for a little Baskin & Robbins ice cream. I think a lot of her work ethic came from those early days.

As most kids in their teenage years do, Suzi wanted to work at the local pizza parlor, which she did. After so many young years helping out at Precision, I could understand her desire to be somewhere other than in the family business. Being a smart kid with a strong work ethic she moved up quickly and became a branch manager for Round Table Pizza in just a few short years. Making a name for herself there she was recruited by Pizza Hut to work as a manager in non-performing locations. To my benefit, the grind of being a “turn around” specialist was more than Suzi bargained for and she was quickly burning out. At that time, we were experiencing some pretty rapid growth and we needed someone to manage our newly opened Lake Oswego facility. Suzi was a perfect fit and agreed to take on that role and return to Precision Images as a permanent employee.

Since that time Suzi has moved through just about every department within Precision Images, all with equal success. I am very proud of her and look forward to watching her, after my retirement, leading our family business into its next chapter.

When you retire will PI stay in the family, go up for sale, or will you make it a co-op like Bob’s Red Mill?

The current train of thought is for Suzi to purchase the business from me when I retire. Everything of course is subject to change, especially as my retirement is several years away. As we get closer to that time a transition plan will be laid out that meets Suzi’s goals, allows me to un-clip from daily operations and offers the best chance for the future success of the company. With the longevity of most our staff, a co-op could certainly work but I would want to insure a status of Women Owned Business Entity, WMBE, could be achieved and maintained. There are very few WMBE business’ in our industry and being one could provide a number of benefits to Suzi and our business operations. 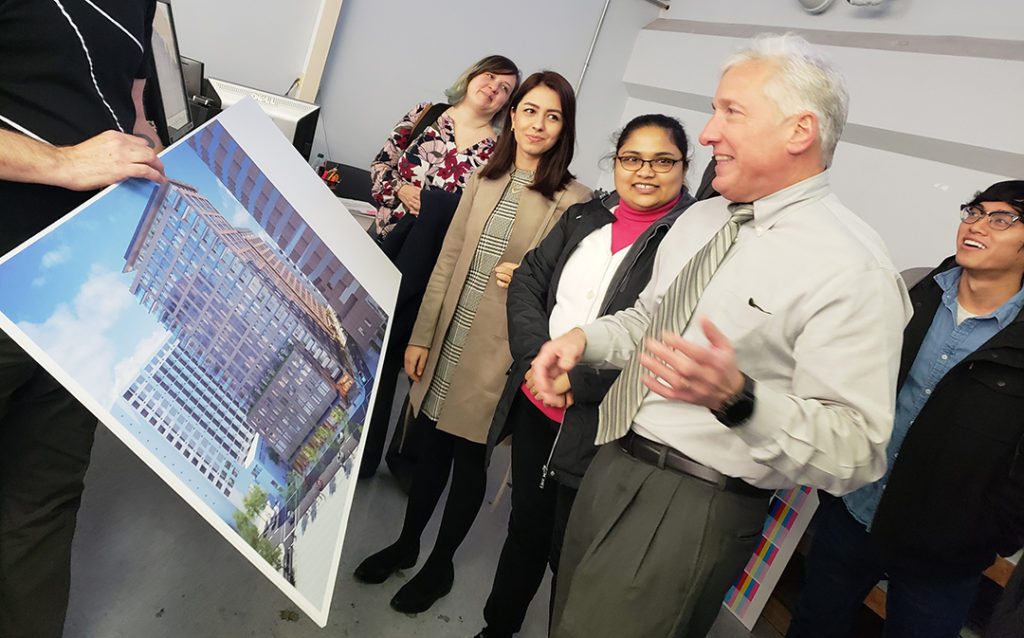 What is your favorite part of this business?

I love being creative, especially with a team of creative people. There’s no substitute for the charge I get when faced with a difficult situation that, through group effort and creative brainstorming, a perfect, unexpected solution is discovered.

Why do you do what you do?

From a young age I wanted to be a business person. The field didn’t really matter to me, but I knew I wanted to run my own show. As luck would have it, I stumbled into Reprographics and opportunities continued to present themselves to me. Maybe just dumb luck. Precision Images allows me to be a businessman, be creative, work with people I enjoy and be fulfilled. I consider myself to be pretty lucky.

Get An Estimate
Request Inquiry